The best and most exciting films are, beginning with Melies and Fantomas, the films shown in local fleapits, films which seem to have no place in the history of cinema.
---Ado Kyrou, Le surréalisme au cinéma (1963).

Driving twins with cinema, another form of projection.
---Chris Petit, ‘Germany and England / England and Germany’ (2008).

The guerrilla fights the war of the flea, and his military enemy suffers the dog’s disadvantages: too much to defend, too small, ubiquitous and agile an enemy to come to grips with.
---Robert Taber, The War of the Flea (1965). 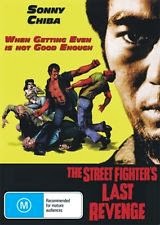 In 2003 I started a sort-of film-club on the campus of Lancaster University. Using the name Fleapit, I showed ‘the very best in bad movies’: a strict diet of trash horror films, B-movies, Japanese Creature Features and kung-fu epics. Lancaster was no stranger to film clubs, but this one was different. Operating without funding, permission or promotion, Fleapit was an intentional ghost. Word-of-mouth screenings were held in bars and student kitchens; lecture halls were booked under false names and abandoned buildings were subject to rapid, temporary occupation. No venue was used twice. If you wanted to go to a Fleapit show, you had to find it first.

The idea was to offer a small and idiosyncratic alternative to the passive and anonymous homogeneity of the usual cinema going experience. Using nothing but a beat-up video projector and a stack of dodgy VHS tapes, Fleapit attempted to re-charge dead spaces and return the moving image to its kinetic, nomadic roots. A forgotten film history was re-played across a series of unexpected locations. The projector would run, the space would be momentarily transformed and then Fleapit would disappear.

In 2005 I took the project out on the road for a series of zero-budget film tours, festival events and guerrilla screenings. Focused almost exclusively on Ed Wood’s ‘anti-masterpiece’, Plan 9 from Outer Space (1959), this was an attempt to crank-up cult film enthusiasm to an obsessive degree. Packing a load of skeletal equipment into the back of a barely functioning car, these trips became strange experiments that investigated the effects of prolonged exposure to bad films. Along the way, Fleapit met its double, made connections with other esoteric screening groups and the longer the journey continued the more an entire network of under-the-radar cinema became visible. 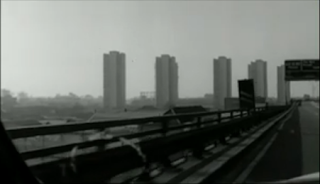 Road Movies:Nomadic Cinema and Fugitive Projections is a writing project that aims to document the Fleapit project, chart its chaotic film excursions across Britain and shed light on the twilight world of hidden film clubs. Veering from dingy VHS markets to underground bars, from academic audiences to bizarre festivals, Road Movies is a story of film and film projection that has nothing to do with popcorn, the multiplex or Netflix. Instead, it's an exploded story in which film is cargo, and the darkness of an impromptu screening blurs with the half-light of hotel rooms, motorways and service stations.

Written as a mix of personal travelogue, film criticism and left-field cultural history, Road Movies is an eccentric account of cinema subterranea and the strange forces that connect film, space and travel.

This project is underway. Regular blog posts will chart its development. Check-out the existing film and fleapit posts for writings on cult cinema and similar themes.

For an brief history of the Fleapit screening group, have a look at my article for One+One, 'White Walls and Empty Rooms'.