A website relating to The Alchemical Landsape symposium has gone online. Here you can find full programme details plus information relating to the venue and ticket purchase.


http://thealchemicallandscape.blogspot.co.uk/
Posted by James Riley at 07:38

The Underworld Service (2014) is the latest album from English Heretic. Released last year ahead of some welcome re-issues from the project and the upcoming imprint Eighth Climate, Underworld rightly received some great reviews from the likes of Freq and The Quietus. It’s probably the highest profile English Heretic release thus far and works in essence as a summation of the project’s decade-long ‘voyage’. All of the key themes are here: landscape, the occult, the theme of visitation, horror cinema and unconscious geographies. When taken as the follow-up to Anti-Heroes (2013) or seen in the light of (2005) though, The Underworld Service follows a very different tonal path. The package is marked with the same care and sense of immersion that has characterized other English Heretic releases. However, the overall theme of katabasis, (descent, a going down) forms a darker counterpoint to the exploratory trajectories of Anti-Heroes. 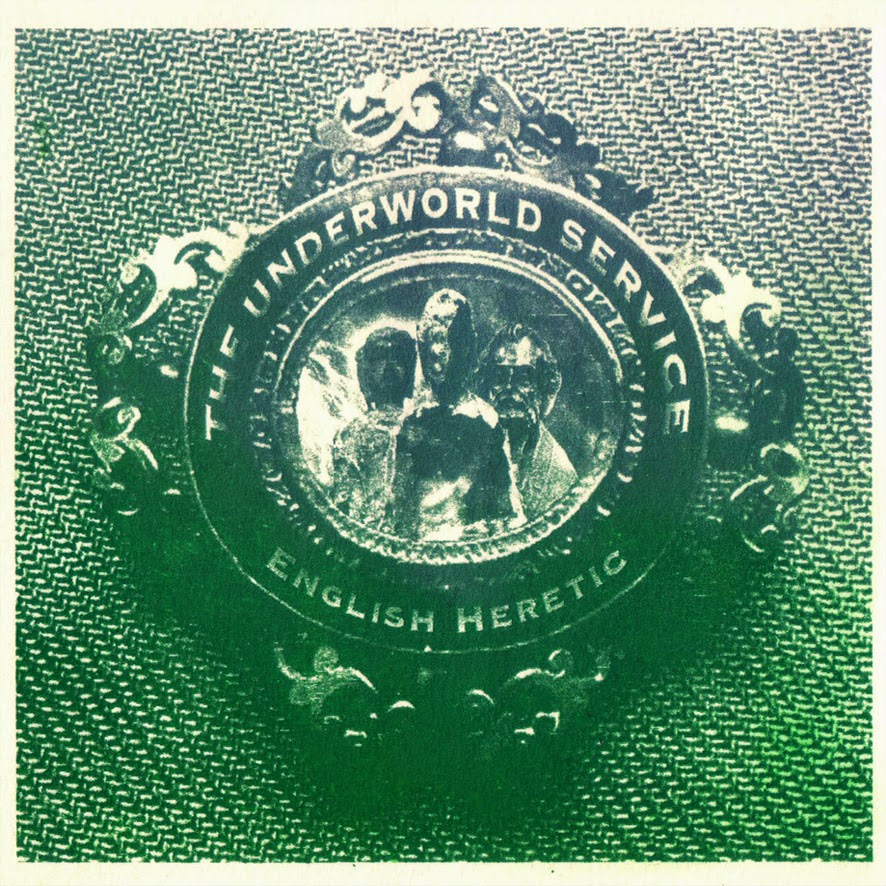 On Anti-Heroes English Heretic channeled the psychopathologies and psycheogeographies of Psychomania (1973), Robert Cochrane and Robert Vaughan. These misanthropes and renegade scientists were narrated as patron saints of the death drive, launching into oblivion with ecstasy and relief. The various synchronicities plotted also outlined a powerful associative zone across the space surveyed by the project. This “lunatic corridor” that is said to move through slough and its environs works appears as a combination of Ballard’s “geography of sensory deprivation” described in Kingdom Come (2006) and the neurological after-effects of the visitations in The Mothman Prophecies (2002).  Despite the negative trajectories plotted, it seemed that Anti-Heroes still positioned itself as part of a visionary tradition. A comparison could be made with the Iain Sinclair / Alan Moore matrix of White Chappell Scarlett Tracings (1987) and From Hell (1999). Each work comprehensively dissects an area to reveal a series of hidden patterns. Whilst the narratives are aggressive in their depicted violence, the conceptual impetus is apocalyptic in the most literal sense: the movement towards an act of revealing. 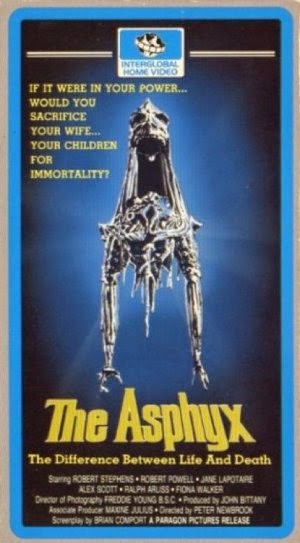 By focusing less on thanatosis and more on katabasis, (or more specifically ‘sepulculture’), The Underworld Service positions itself very much on the other side of the mirror. Here, death is not (anti) heroic but a phenomenon associated with a set of ritual practices, all of which are seen to have lost their instrumental potency in the mid to late 20th century. The culture of the late-1960s is a familiar territory for English Heretic, but in The Sacred Geography of British Cinema (2005), the location traces of Michael Reeves’ Witchfinder General (1968) provided a means of charging or “fecundating” the imagination. With The Underworld Service there is the sense that the land and the national culture is so suffused with death (there is a running concern with World in Action and its broadcast sense of eternal war) that it’s excess has outstripped any imaginative capacity to process it. As such, the key film mediated here is Peter Newbrook’s The Asphyx (1972), the grim story of an (inevitably) doomed attempt to capture the spirit of death.  Another scene that springs to mind is the end of Lucio Fulci’s The Beyond (1981). Lost in a seemingly endless underworld, Catriona McColl and David Warbeck “face the sea of darkness” and disappear. Particularly listening to the album’s title track it seems as if The Underworld Service is pitched in a similar terminal zone.


This is not to say that The Underworld Service falls short of the bar set by other English Heretic releases. On the contrary, I think the focus on katabasis gives the project’s overall emphasis on inner cinema and the validity of individual psychic events something of a critical trajectory. The album is just as hermetic and ‘underground’ (literally and metaphorically) as its predecessors, but it also appears directed towards cultural rather than individual exploration. The it unfolds is pervaded with death, corporeal and institutional. Horror cinema is presented as an ambivalent axis or crossroads between ‘real world’ atrocities and misdirected moral crusades that aim largely toward the limitation of creative impulses (see: ‘Video Anxieties’). The album works to foreground this, with much of the same attitude and provocation evident in The Plague Yard (1990) Simon Dwyer’s dissection of the culture / counterculture interface in the late 1980s.  What emerges is an encouragement to re-think and re-vivify the mediatory processes linked to death, dying and associated thanoteric forms.

Last week, as part of the ongoing Road Movies project, I did a talk about Fleapit, cult film and associated ideas at the Screen Media Research Seminar in Cambridge. Abstract below. Thanks to those who came along and thanks to Rhiannon, Emma and Evie for setting it up.

Between 2003 and 2009 I ran a microcinema from the back of my car. The programme offered focused exclusively on works of cult film and ‘para-cinema’ and the screenings were staged in small, ‘unofficial’ venues: cellars, bars, kitchens, classrooms, front rooms and bomb shelters.

These events began, in part, as acts of practical research into the connection between projection and place: venues were chosen for the purposes of creating something of a dialogue with the film (or more specifically, video) that was shown. Over the course of six years the project grew and assumed an increasingly mobile format. This involved the production of screenings at festivals, raves and academic conferences. Two nationwide tours of the UK were also undertaken which saw screenings mounted in nightclubs, in museums and alongside various live bands.


In this talk, I will discuss the screening project in more detail and expand upon some of its theoretical aspects. Reference will be made to a wider context of ‘underground’ (sometimes literally underground) film exhibition that the project drew upon and participated in. In keeping with the forms of practice discussed and the approach of the book that the project now feeds into, sections of the talk will be intentionally autobiographical and speculative. One aim will be to map the cultural terrain inhabited by the events considered, a territory in which image projection elides into forms of psychological projection.
Posted by James Riley at 06:02 No comments: