Particular spaces generate particular events. Spaces gain significance from the happenings they harbour, but there are also set of invisible vectors that act as strange attractors. In the in-between of memory, history and architecture there is an excess that can sometimes, like ectoplasm, be caught when the light is right.

Vanishing chase to the bottom; a public argument; subsequent discussions indicate that the altercation was not all it seemed. Route now blocked. Reverb footsteps continue.

Argument across the flat space and stains on the car windows. Police trying to calm it down. Parking bays as crime outlines. Always accumulated bits. Broken. A hundred other incidents to be reconstructed. Workplace off in the distance. Gateway to a parade of offices, interlocking.

Flecks of blue plastic in amongst the dirtied green. A sense of anticipation because it moves all the time. It looks more like a fuel supply than a water source. Channels like this all over the town. Most invisible though. That it should raise its head at this precise point adds another co-ordinate to the speculative map.

London Month of the Dead / Voices of the Ether

I will be taking part in this year's London Month of the Dead. My talk, 'Voices of the Ether' will look at EVP, audio technology and a series of writers - including Iain Sinclair and William Burroughs - who have, in one form and another, attempted to have conversations with the dead. The event will be taking place in a wonderful venue: Brompton Cemetery Chapel. Details below.

VOICES OF THE ETHER
Stone Tapes, Electronic Voices and other Ghosts with James Riley Saturday 27th October 2018 from 1:00 pm
Shortly after the publication of Lud Heat (1975), his visionary study of London’s Hawksmoor churches, the writer Iain Sinclair was interviewed by the BBC. Recorded in situ, Sinclair discoursed on the city’s resonant energies but upon playback - and much to the consternation of the BBC engineer - the tape contained no trace of their discussion. Instead, the creaking recorder yielded only malevolent sounding grunts and shuffles: unexpected séance noises and ghostly mumbles.    The episode brings to mind Nigel Kneale’s drama The Stone Tape (1972) in which ghosts are the echoes of past experiences held by their physical surroundings, as well as Konstantin Raudive’s experiments into Electronic Voice Phenomena (EVP): the appearance of ‘post-mortal’ voices on tape recordings made in silent rooms. Technical fault, ‘genuine’ visitation or creative embellishment: each of these encounters speaks volumes about the extent to which parapsychologists and artists alike seek to have conversations with the dead.     Using Sinclair and other writers like William S. Burroughs as spirit guides to London’s haunted history, this talk will discuss EVP and the other ghostly voices that emerge when technology, creativity and the paranormal intersect. 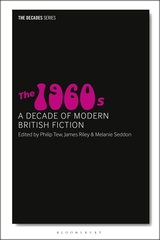 I was very happy to been invited to act as co-editor on the recent essay volume for Bloomsbury, The 1960s: A Decade of Modern British Fiction (2018). The book is part of the ongoing Decades series and brought together wide range of excellent essays dealing with various aspects of 1960s fiction. Topics included gay fiction, youth cultures, postcolonial writing, science fiction and experimental writing. I wrote on J.G. Ballard, Michael Moorcock and 'The End of the Sixties'. My thanks to fellow editors Philip Tew and Melanie Seddon. The book is available now and Nick Hubble has written a guest blog post over at the Bloomsbury Literary Studies site about it and the previous volume in the series on the 1950s. 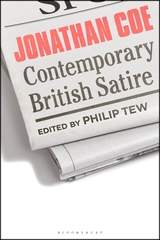 I recently wrote a chapter about the role of video and 'video aesthetics' in Jonathan Coe's great novel What A Carve Up! (1994). This looked at the references to VCRs in the text as well as the wider socio-economic context of the novel in which video established itself as the primary audio-visual technology. The chapter was included in Jonathan Coe: Contemporary British Satire (2018) edited by Philip Tew. The blurb for the volume reads:

"In novels such as What A Carve Up! and The Rotters' Club, Jonathan Coe has established himself as one of the great satirical writers of our time. Covering all of his major novels, including his most recent book Number 11, Jonathan Coe: Contemporary British Satire includes chapters by leading and emerging scholars of contemporary British writing. The book features a preface by Coe himself and covers the ways in which his work grapples with such themes as class politics, popular music, sex, gender and the media."