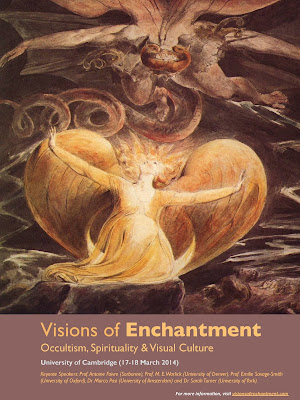 In March 2014 I'll be speaking at Visions of Enchantment: Occultism, Spirituality and Visual Culture, a conference at the University of Cambridge.


The two day event is "a collaboration between the Department of History of Art, University of Cambridge and the Arts University Bournemouth and is organised in association with the European Society for the Study of Western Esotericism." It "seeks to investigate the formative role that occultism and spirituality have played in the creation of both Western and non-Western visual and material cultures."

It should be a great conference: a lot of work has gone into the organizing and the committee have booked a particularly strong line-up of keynote speakers.

I'll be giving a paper linked to The Bad Trip project that will look at Kenneth Anger, Donald Cammell and Performance. Abstract below.  ﻿

Pandemonium ‘69: Magick, Performance and the ‘End of the Sixties’ 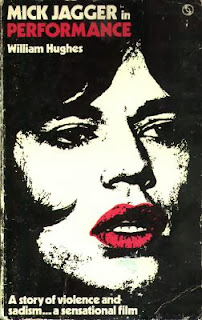 In 1970, Warner Bros. released Performance, a film co-directed by Donald Cammell and Nicolas Roeg The film featured Mick Jagger of The Rolling Stones and exhibited thematic and structural parallels with the the work of magician and film-maker Kenneth Anger. The film had originally been completed in 1968 but was delayed due to a number of censorship issues regarding its representation of sex and violence. As such, its completion and release bookended another infamous cultural happening featuring The Rolling Stones: their disastrous concert at the Altamont Speedway on December 6th, 1969. This event involved the death of an audience member, Meredith Hunter, at the hands of the concert’s ‘security’, the Oakland Hells Angels and was also captured on film by the Mayseles Brothers as part of their documentary Gimme Shelter (1970).

Speaking about Performance at the time of its eventual release, Cammell implicitly read this proximity as an instance of synchronicity, if not active conjuration. Whilst the film was completed “before ”, he stated, the concert “actualized it.”

This oscillating matrix of influence and absorption, event and representation underpins a narrative arc that has come to characterize the cultural representation of the late 1960s. An agglutination of contemporaneous popular culture (film, literature, music, and visual art), conspiratorial thinking and retrospective re-imagining has cast the decade as one that plotted a catastrophic trajectory from youthful optimism to violence, death and “bad craziness”. The ‘End of the Sixties’ has thus come to signify not the conclusion of one period within a wider historical continuum, but the destructive eclipse of a unique and utopian culture. 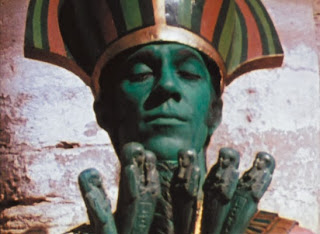 With reference to the microcosm surrounding the production of Performance and associated examples of contemporary visual culture, my paper will investigate the role of magickal imagery and occult discourses in the creation of this apocalyptic mirco-narrative. From Aquarian revelations to Anger’s Luciferianism, the discussion will focus on the visual representation of the occult in this subculture and the manner in which such strategies were instrumental in establishing the ‘End of the Sixties’ as a trope that has extended far beyond the end of the 1960s.